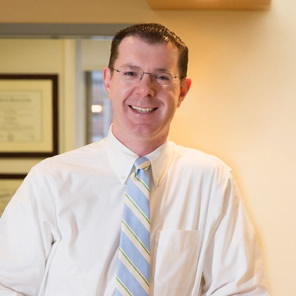 Dr. Boris Arbitman has been providing high-quality orthodontic care and creating beautiful smiles in Queens, NY and surrounding areas since 2005.

Having grown up in Forest Hills, Queens, he graduated from Forest Hills High School and went on to attend college at the University of Michigan from 1993 to 1997, where he majored in psychology. After graduating with high honors, he returned to the Northeast and received his dental training at the New York University College of Dentistry, from which he graduated in 2001 with honors. Upon receiving his Doctorate of Dental Surgery, Dr. Arbitman pursued further training and experience in advanced dentistry and prosthetics at Long Island College Hospital and St. Barnabas Hospital, where he served as chief resident.

After completing his general practice residency, he moved south to Florida’s “First Coast” and completed advanced postgraduate training in orthodontics at the Jacksonville University School of Orthodontics, and graduated with a certificate of advanced graduate studies in orthodontics and dentofacial orthopedics. Dr. Arbitman was selected as the chief resident of his orthodontic class both years in Jacksonville. Having finishing his orthodontic training in 2005, Dr. Arbitman decided to leave the Sunshine State behind and return home to New York.

Apart from his private practice, Dr. Arbitman enjoys teaching and has been involved in the training of orthodontic residents through his staff appointment as an attending in the department of orthodontics at St. Barnabas Hospital.

Outside the office, Dr. Arbitman enjoys spending time with his wife Jennifer and their three daughters: Leah, Shaina, and Rebecca. In his spare time, he enjoys playing basketball, biking, skiing, and of course rooting for his favorite hometown team, the Mets! He also enjoys cheering on his alma mater, the Michigan Wolverines basketball and football teams. Go Blue!